The day started off not very promising! It rained, and rained, and rained some more but we were determined that it wouldn’t ruin our trip. We set off at 8:40am from Islington on the coach and arrived in Southend an hour and a half later where it was still raining… and our coach broke down. It seemed as though everything that could go wrong was going wrong. But we refused to let get in the way.

We found a nearby café where we all went to get a cup of tea and keep dry and warm, then we went to an aquarium where we learned lots of interesting facts like the biggest fish in the world: whale sharks, and we found Nemo! By the time we left the aquarium a couple of hours later, the rain has stopped and the sun was out. Praise the Lord! It was just in time and perfect for us to continue the fun at the theme park on all the exciting and scary rides!

It’s All About Jesus 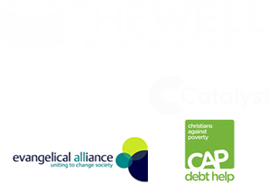 The Well Church London is a charity registered in England and Wales No: 1136403.

Any cookies that may not be particularly necessary for the website to function and is used specifically to collect user personal data via analytics, ads, other embedded contents are termed as non-necessary cookies. It is mandatory to procure user consent prior to running these cookies on your website.